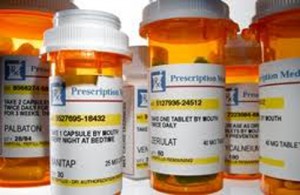 Antibiotics Carry Serious Side Effects Including Permanent Disabilities And Death.

Like all drugs, antibiotics have unwanted and serious side effects, some of which may not become apparent until many thousands of patients have been treated.  Even if you have used the exact drug many times, you can still have a bad reaction.  Some reactions may be immediate, others may take days, weeks, even months to be discovered.

Take a popular class of antibiotics known as fluoroquinolones. The best known are Cipro (ciprofloxacin), Levaquin (levofloxacin) and Avelox (moxifloxacin). In 2010, Levaquin was the best-selling antibiotic in the United States.  By last year antibiotics were the subject of tens of thousands of lawsuits from patients who had suffered severe reactions after taking them.

Part of the problem is that antibiotics are often inappropriately prescribed. Instead of being reserved for use against serious, perhaps life-threatening bacterial infections like hospital-acquired pneumonia, these antibiotics are frequently prescribed for sinusitis, bronchitis, earaches and other ailments that usually resolve on their own or can be treated with nondrug approaches.  What’s more is that many patients have a virus, which is not even treatable with antibiotics.

Dr. Mahyar Etminan, a pharmacological epidemiologist at the University of British Columbia, said the drugs were overused “by lazy doctors who are trying to kill a fly with an automatic weapon.”

Dr. Etminan directed a study published in April in The Journal of the American Medical Association showing that the risk of suffering a blinding retinal detachment was nearly fivefold higher among current users of antibiotics, compared with patients not taking the drugs. In another study, he documented acute kidney failure among users of these drugs.

The conditions Dr. Etminan has studied are relatively easy to research because they result in hospitalizations with diagnoses that are computerized and tracked in databases.  In many cases, the apparent cause of death is the antibiotic, yet families are told only that their loved one died of kidney failure, heart failure or one of the many other serious reactions to these antibiotics.

Far more challenging to study are the array of diffuse, confusing neurological symptoms suffered by antibiotic users.  In one case, a patient reported he was healthy until a mild fever and cough prompted him to see a doctor. He was told that an antibiotic was the drug he needed.

After just one dose, he developed widespread pain and weakness. He called to report this reaction, but was told to take the next dose. But the next pill, he said, “eviscerated” him, causing pain in all his joints and vision problems.

Now he is unable to walk without assistants, or see clearly, his symptoms included heart palpitations; delayed urination; dry eyes, mouth and skin; ringing in his ears; uncontrollable shaking; burning pain in his eyes and feet; tingling in his hands and feet; and muscle spasms in his back and around his eyes. Doctors who have studied the side effects of antibiotics say this is more common than they like to admit.

Over two years after he took that second pill, these symptoms persist, and none of the many doctors of different specialties he has consulted has been able to help. Most tell him that this is likely permanent damage.

The rising use of these potent drugs has also been blamed for increases in two very serious, hard-to-treat infections: antibiotic-resistant Staphylococcus aureus (known as MRSA) and severe diarrhea caused by Clostridium difficile.

Most patients are never told about the black-box warnings mandated by the Food and Drug Administration.  Like ones that tells doctors of the link to tendon rupture and the drugs’ ability to block neuromuscular activity. Imagine tendons rupturing in your eyes or spine or the neuromuscular activity of your heart stopping.

The F.D.A.’s reporting system for adverse effects is believed to capture less than 10 percent of them. Complicating the problem is that, unlike retinal detachments that were linked only to current or very recent use of an antibiotic, the drugs’ adverse effects on other systems can show up weeks or months after the treatment ends; in such cases, patients’ symptoms may never be associated with prior antibiotic drug use.

Millions of antibiotic doses have been recalled and taken off the market because of unjustifiable risks of adverse effects. Those that remain are undeniably dangerous drugs, even when used appropriately. But doctors at the Centers for Disease Control and Prevention have expressed concern that too often antibiotics are prescribed unnecessarily as a “one size fits all” remedy without considering their suitability for different patients.

You can prevent a death.

Experts caution against giving these drugs to certain patients who face higher than average risks of bad reactions – children under age 18, adults over 60, and pregnant and nursing women – unless there is no effective alternative. The risk of adverse effects is also higher among people with liver disease and those taking corticosteroids or nonsteroidal anti-inflammatory drugs.

When an antibiotic is prescribed, it is wise to “Google” what the drug is and whether it is necessary, what side effects to be alert for, whether there are effective alternatives, when to expect the diagnosed condition to resolve, and when to call if something unexpected happens or recovery seems delayed.  Sadly, you aren’t likely to get this information from most doctors.